India is home to Uflex Ltd, the parent firm of the Flex group, which produces flexible packaging. Rolls of plastic, paper, cloth, or metal foils bonded with other materials are the primary raw material for the flexible packaging industry. Printing ink and adhesives are additional products of this firm's production. Middle-Eastern Movement Flexibility Subsidiary Companies u/s 2(87) of the Companies Act 2013 include FZE UAE, UFlex Europe Limited in the United Kingdom, UFlex Packaging Inc. in the United States, UPET Holdings Limited in Mauritius, UTech Developers Limited in India, and USC Holograms Pvt. Ltd. in India. The company is known as Digicel Pte.

Production of BOPET films on the second line, with a capacity of 20,000 TPA, began in January 1996, while production of BOPP films on the first line, also 20,000 TPA, began in June 1996. The manufacturing of Polyethylene Terephthalate (PET) chips began commercially in January 1997. The firm created its North Carolina, USA-based subsidiary, Uflex America, in June 2001. A 6000 TPA Metallizer was erected in July 2002, and a 6000 TPA cast polypropylene film line for making CPP films went in during March 2003. The second Metallizer, with a 6000 TPA output, was implemented in October 2003.

They also began running a 1.85-meter-wide Thermal Lamination Machine, allowing them to produce 3600 tons per year (TPA) of Thermal Lam BOPP Film. Starting in April of 2008, manufacturing of flexible packaging materials at the company's facilities in Bari Brahmana, Jammu and Kashmir, reached an annualized rate of 12000 TPA, while production of holographic materials reached an annualized rate of 1600 MT. The Distillery Project is now being constructed by the firm in Aligarh, Uttar Pradesh, with an initial production capacity of 90 kiloliters per day. Do you want to know about UFLEX Shares? Click Here to know about today’s UFLEX Share Price. 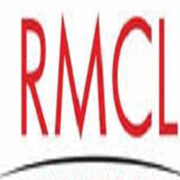 How to buy Uflex Ltd. shares?

Can I buy Uflex Ltd. shares?

Yes you can buy Uflex Ltd. shares, all you need is to have a verified demat account with Nuuu. And enjoy benefits like free brokerage credits and more.

What is the Market Cap of Uflex Ltd. shares?

What is the PE and PB ratio of Uflex Ltd. stock?

Are you ready to trade and invest?

Kickstart with 0* brokerage for
first 90 days