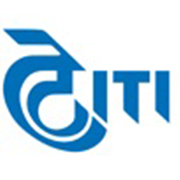 ITI Ltd. operates as a public sector corporation for the Indian government. The company provides end-to-end solutions for telecommunications networks, including products and services for switching, transmission, access, and subscriber premise networks. The worldwide system for mobile (GSM) and code division multiple access (CDMA) serve as the technological foundations for the mobile infrastructure equipment they produce.

On January 25, 1950, ITI Limited was formally established. The organization was the pioneering PSU in India. In terms of switching gear, the company collaborated with Alcatel (France) and NKT (Denmark), while NEC (Japan) provided digital microwave equipment and optical link technical equipment. In December 1992, the business partnered with Valves and ISL to create IT Communications Pte Ltd Singapore; in 1995–96, it launched the first computerized trunk manual exchange in India in Cuttack and Orissa. The Army Static Switched Communication Network was similarly conceived, built, deployed, and commissioned entirely in-house (ASCON). With Mahindra British Telecom (MBT), they formed a strategic relationship and agreed to work together on future commercial endeavours and projects. They have formed a partnership with MTNL to grow their GSM infrastructure.

Correct V 5.2 AN RAX of C-DOT design Managed Leased Line Network Digital Loop Carrier SDH CDMA based Fixed Wireless Terminal and Mobile Terminals were among the new products offered to the BSNL Network in 2003–2004. The firm expanded into the information technology market by producing and distributing smart card-based pay phones, SIM cards for information kiosks, IVRS for narrow-brand remote access servers, and MPLS routers in 2004–2005. The company collaborated with Tejas Networks in May 2004 to acquire Next Generation SDH hardware that satisfies all current GR Specifications. When it came time to start producing SIM cards, they partnered with G&D (Giesecke Devrient) of Germany in June 2004. The business began working with Adhunik Power Systems on an AIMS in August 2004 after the two companies agreed on a Memorandum of Understanding.

They also won the contract to provide equipment worth Rs 342.02 crore to BSNL's South Zone, where they would install 9 million GSM lines. To meet the growing need for Wi-MAX network deployment, the company formed a technical partnership with Point Red Telecom in Bangalore. In 2009–2010, the firm worked with Alphion Corporation of the United States to provide G-Pon technology to the BSNL network. Do you want to know about ITI Shares? Click Here to know about today’s ITI Share Price. 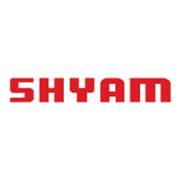 How to buy ITI Ltd. shares?

Can I buy ITI Ltd. shares?

Yes you can buy ITI Ltd. shares, all you need is to have a verified demat account with Nuuu. And enjoy benefits like free brokerage credits and more.

What is the Market Cap of ITI Ltd. shares?

What is the PE and PB ratio of ITI Ltd. stock?