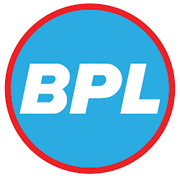 T P G Nambiar, a member of the BPL group, was instrumental in establishing the company in 1963. BPL Display Devices, BPL Soft Energy Systems, and Bharat Energy Ventures are all subsidiaries of the parent company. Electronic Research, BPL Systems & Projects, BPL Sanyo Dynamic Electronics, etc., are all part of the same organization. It has factories in Palakad, Bangalore, Noida, and Doddaballapur. In March of 1994, the corporation issued BPL Shares to the public. BPL's product lineup covers electronics such as TVs, test and measurement instruments, medical electronics, and office automation systems.

The company's technological partnership with Sanyo, Japan, has allowed it to expand its product line, making it a significant force in India's thriving electronics market. Only BPL has earned the BZT reputation for exporting to Germany. In 1993, BPL was officially recognized as an exporter. In 1991 and 1992, it received the Elcina prize for its successful export of electronic products like color televisions, oscilloscopes, copiers, PCBs, etc., to the fiercely competitive markets of the GCA. BPL has been chosen as the local distributor for Nokia Phones in India.

In 1995–1996, it received the Export Promotion Council Certificate of Merit for its exceptional export performance in consumer electronics. Manufacturing alkaline batteries for Rs 120 cr in the Dobaspet Tumkur district of Karnataka with technological assistance from Sanyo, Japan, was a 1996–97 export project completed by the business. In 1998–1998, the firm merged with one of its subsidiaries, BPL Automation. Better management of the plastic molding and tool room business is one of the benefits of the merger to the firm. BPL is the first television network in India to reach one million subscribers.

It has maintained its 19% retail composite market share, making it the clear leader in the color television market. Dry cell battery producer and distributor BPL PTI Limited had its equity purchased by BPL for a total of 2 crore shares. As of August '00, this firm operates as a wholly owned subsidiary of BPL. The company released the first fully integrated Home Theatre Solution with 4000 MW PMPO output in the fourth quarter of 2001–2002. Do you want to know the BPL Shares? Click Here to know about today’s BPL Share Price. 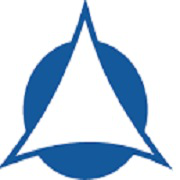 How to buy BPL Ltd. shares?

Can I buy BPL Ltd. shares?

Yes you can buy BPL Ltd. shares, all you need is to have a verified demat account with Nuuu. And enjoy benefits like free brokerage credits and more.

What is the Market Cap of BPL Ltd. shares?

What is the PE and PB ratio of BPL Ltd. stock?

Inter alia, to consider and approve To consider the renewal of Working Capital Limits.

Quarterly Results BPL LTD.has informed BSE that the meeting of the Board of Directors of the Company is scheduled on 13/11/2020 ,inter alia, to consider and approve 1. Approval of Unaudited financial results 2. Appointment of CFO and CS 3. Consideration of resignation of Miss. Dolly Lohia. 4. Renewal of lease agreement with related party

Quarterly Results & BPL LTD.has informed BSE that the meeting of the Board of Directors of the Company is scheduled on 31/08/2020 ,inter alia, to consider and approve i) Standalone un-audited Financial Results for Q1 ended 30th June, 2020. ii) Approval of draft Boards? Report to the members for FY 2019-20 iii) Consideration of draft Notice convening the 56th Annual General Meeting of the Company iv)Consideration of Secretarial Audit Report for the FY 2019-20 V) Any other business with the permission of the Chair You are requested to kindly take note of the same.